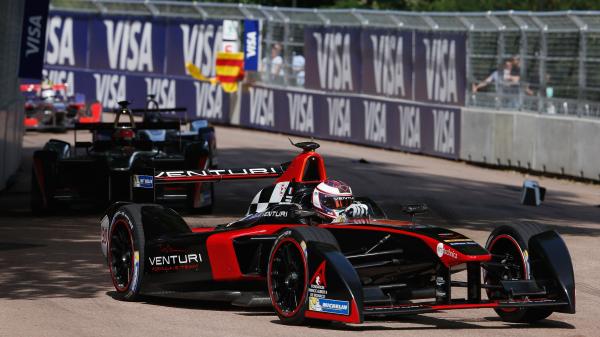 It has been Bernie Ecclestone’s dream for decades, a grand prix around the streets of London past some of the most famous monuments and buildings in the world.

Now it has come true, but this will be no gas-guzzling, screaming event to wake the neighbours at Buckingham Palace but a grand prix for environmentally friendly electric cars.

Ecclestone’s dream has become Formula E’s reality as negotiations with Sadiq Khan, the new Mayor of London, for a race in the heart of the capital ended with agreement last night. It is an extraordinary coup for Alejandro Agag, Formula E’s founder, who has stolen the thunder of Formula One’s chief executive, whose complex plans for a London Grand Prix will now have to be put back into the filing cabinet.

Agag’s plans are only in the first flush but he wants his electric-powered cars whizzing past the Palace at more than 140mph as soon as next year. The first choice of route for the London ePrix, as it will be known, would be around St James’s Park with the cars racing down the Mall, past Buckingham Palace before turning down Birdcage Walk, left into Horse Guards Parade and back along the Mall.

Giving Formula E the green light to start planning is one of first acts of Khan, who is said to be keen on bringing a headline event that would attract tens of thousands of tourists, as well as race fans. Formula E already races in the centre of Paris and last weekend was in Berlin, racing along the Karl Marx Allee within sight of the famous Checkpoint Charlie.

The thirst for motor racing in the capital was proved 12 years ago when Formula One staged a demonstration run down Regent Street. Pavements were thronged and police estimated more than 250,000 people turned up to watch the display. Formula E lacks the raw speed and noise of its more historic sister series but the thrill of watching racing cars in one of the world’s most famous locations would be irresistible.

Central London’s gain is Battersea Park’s loss: Formula E raced around the historic park last year and races there again on July 2, but it is against a chorus of disapproval from residents complaining about disruption. They threatened legal action but that has now been dropped on the promise that Battersea Park will be vacated, while Formula E sets up elsewhere in the capital.

Agag told The Times last night: “We are working very hard on this. It will be a wonderful move for Formula E from Battersea Park to a track that has some of the most famous sites in London in full view. We already race in eight city centres so we have the knowledge of how to stage the event. ”

But the St James’s Park site is the Holy Grail. Ecclestone included the Mall and Buckingham Palace in plans he had drawn up years ago when he teamed up with Harvey Goldsmith, the famous producer, to negotiate with Ken Livingstone, then the London Mayor. Talks were advanced until the issue of money came up. Livingstone told The Times: “I knew everyone was enthusiastic and then I was working out how to tell London taxpayers we were going to give Formula One £40 million. It was never going to happen.”

Ecclestone made another attempt to kick-start talks four years ago, even offering to promote the event and put in £35 million to help finance the event. Boris Johnson, as Mayor of London, was “broadly positive, providing we can satisfy the air quality and noise issues”. They couldn’t and F1 bowed out, despite a last throw earlier this month when Ecclestone was asked whether a London Grand Prix could ever happen. Yes, it could, he said – as soon as next year.

But a motor racing grand prix next year will not feature Ecclestone’s Formula One despite decades of trying but is destined to be a “green” grand prix featuring cars with speed but no noise and no exhaust pollution.