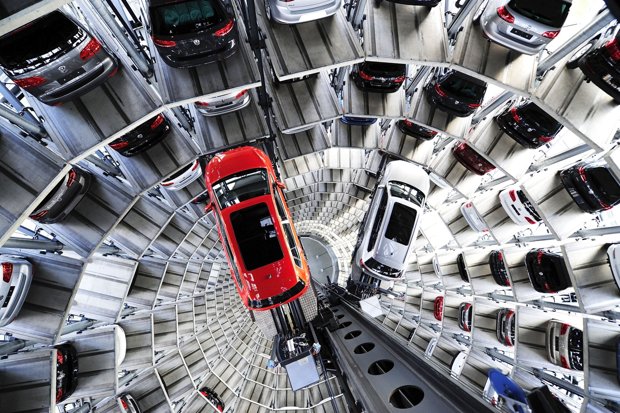 A key lieutenant to Angela Merkel has claimed that the US government’s multibillion-dollar legal action against Volkswagen is aimed at destabilising the German carmaker in favour of American rivals.

On a day when shares in Volkswagen plunged again, falling to their lowest level in six weeks, Michael Fuchs, the deputy parliamentary leader of Mrs Merkel’s CDU party, said: “Due to the massive claims against VW that are now out there, I’m starting to suspect that the American authorities are running the risk of pursuing an aggressive industrial policy that favours the US automobile industry to the detriment of our German automobile industry.”

On Monday the US justice department said that it would launch a legal action against the German automotive group after revelations in September that VW had fitted software devices in diesel vehicles in the United States designed to fool regulators over the real emissions of its cars.

News of the action, and its potential cost, sent shares in VW plunging nearly 6 per cent to close at €130 per share, down €7.85 on the day. That compares with the €169 at which VW shares were changing hands before the emissions scandal broke and a peak of €249 in the spring.

The justice department lawsuit is seeking sanctions of up to $18 billion (€16.75 billion or £12.25 billion) against VW. However, the total cost of the scandal to the carmaker could run into the tens of billions once all the regulatory and legal actions are finally settled over the next few years.

Analysts have been warning that if the total cost of the scandal exceeds €30 billion, then VW Group, which includes Audi, Porsche, Skoda, Seat and in Britain the luxury marque Bentley, could be forced into asset disposals to raise cash.

VW Group has already set aside €6.7 billion to deal with the immediate aftermath of the affair, sending the group into the red in the third quarter, its first loss this century. Last month it took out €20 billion of bridging loan facilities to counter problems in the bond market.

The justice department lawsuit will be one of many, with individual American states and consumer groups lining up legal actions. VW can expect fines and lawsuits in other jurisdictions, too, especially Europe, where it has been found to be similarly cheating environmental and automotive regulators.

Indeed, the civil action from the US government may be the precursor to criminal actions. “The alleged misrepresentations allowed almost 600,000 diesel engines to emit excessive air pollution across the country, harming our health and cheating consumers,” said Barbara McQuade, attorney for the federal eastern district of Michigan, home of the US-based motor industry giants General Motors, Ford and Chrysler.

In a statement, VW said: “Volkswagen will continue to work co-operatively . . . on developing remedies to bring . . . vehicles into full compliance with regulations as soon as possible.”