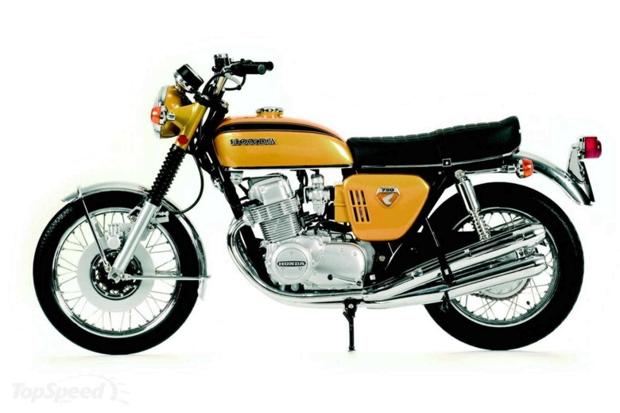 Lamborghinis have been grabbing all the attention in recent months amid claims that pensioners could end up blowing their nest eggs, but many of those who are close to, or at retirement, have their eyes on another fast-moving investment, one with two wheels.

Classic motorcycles are increasingly being snapped up by collectors, some of whom may be in it purely for the money, others who, now in their fifties or sixties, want to relive their youth. Even City institutions are sniffing around the sector to cash in on the spending power of the “baby boomers” who have the income to spend money on things they have always dreamt of.

Paul Jayson, who runs themotorcyclebroker.co.uk, says: “In the 1970s and ’80s riding a motorcycle as a teenager was part of our culture. Now, those people have reached the age where their children have left home, they have paid off their mortgage and they have got a lot of money in the bank. They see a beautiful four cylinder Honda from the 1970s that they lusted after when they were younger and they want to own it.”

Even if you plan to leave an investment bike in your garage — and where’s the fun in that? — this is a messier investment than most. You need to service and insure it, sourcing parts if any need replacing, and if you do decide to take it out for a spin there is always the risk of a write-off in the event of a crash.

However, if you buy the right vehicle there is also the chance of a handsome capital gain when you sell. Even better, the tax authorities class motorbikes bought as an investment as chattels and a wasting asset, which means the proceeds of a sale are exempt from capital gains tax.

James Holland, a motorcycle valuer for Historics at Brooklands, the auctioneer, says: “At the top end a Brough Superior SS100 [built in the 1920s and 30s] in top condition would cost upwards of £250,000 while a Vincent Black Shadow of the early 1950s will cost in excess of £55,000, but these are very much the blue-chip investments of the British motorcycle world.

“Where we are seeing an increase in prices is in more recent machines, the classic Japanese markets being an example. The Honda CB750, the world’s first modern ‘superbike’, and the Kawasaki Z1 are in high demand. We have seen this follow through to the Italian classics such as the Laverda Jota — in 1978 the fastest production motorcycle — which you can buy now for about £15,000 and the highly desirable early Ducati V-twins, which start at about £12,000.”

Rarity is one of the factors that collectors value and you don’t necessarily have to go back that far to find models that fall into the category, either because they were built in small numbers or because many were scrapped after hard use.

The newer a bike is, the more special it has to be, which is where provenance can make a big difference. If a bike comes with old log books and a warranted mileage and includes original parts it will be more highly valued.

A restored bike may look shinier but new components can knock a significant amount off its value. Proof that someone famous owned or rode it will also add to its desirability, as can a design that is unique or particularly eye-catching. If you are uncertain what to look for or what to believe, asking a professional can help reassure you that what you are buying is what you think.

Although experts believe that classic motorcycles will continue to rise in price, as always with an investment of passion it is sensible to buy something that sets your pulses racing, just in case you spend more maintaining, storing and insuring it than you get make back in profit.

Mr Jayson says: “My first rule of thumb is, if you don’t like it don’t buy it because you may be looking at something you don’t like for the next ten years.”