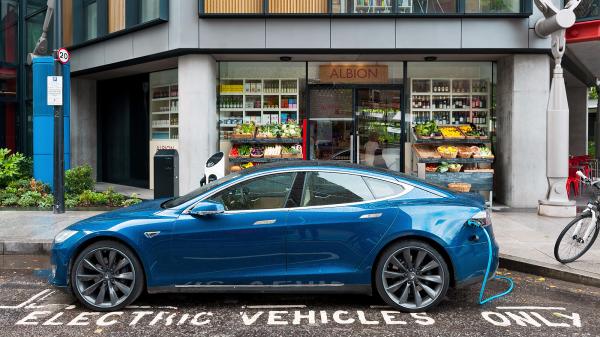 Electric car owners in parts of Britain are having to share charging points with up to 200,000 other people.

Drivers face a postcode lottery, with more chargers available in the Orkney Islands than in Blackpool, Grimsby and Hull combined.

Experts say some councils’ failure to install charging points has created a patchy network that risks disrupting government plans to make one in ten new cars ultra-low emission by 2020.

“The level of support from local authorities affects the number of chargers in each borough,” Ben Lane, of Zap-map.com, which charts charging points, said. “Cash flow problems mean some councils are even hindering maintenance.”

Analysis of Zap-map data shows that Britain has 6,500 charging points, one for every 10,000 people. The number varies by borough with some council areas having 200 times as many points as others. Merton in southwest London has one charging point for its 205,000 people, the lowest of any region in the country. Nine miles away, the borough of Westminster has 145.

Westminster city council, which has been praised for encouraging electric cars, also offers free parking for low-emission vehicles. Next door in Kensington and Chelsea there are only 31 working chargers and the council offers no discounts for parking electric cars.

Outside London, Buckinghamshire has the most chargers of any council area at 235, one for every 3,000 people. The Vale of Glamorgan has only two, while in England, East Yorkshire offers eight chargers.

There are also big variations between cities. In Hull there are five charging points for 260,000 people but in Leicester, there are more than ten times as many for a similar sized population.

While councils are under no obligation to provide chargers, there have been government grants available and experts say that the enthusiasm of boroughs to encourage and help private providers plays a key role. Brian Matthews, of Milton Keynes council, which won government funding to install 200 charging points, said: “The funding restraints on councils must be recognised but it is important to have a co-operative local authority to create a network.

“Our experience shows that providing chargers encourages people to adopt electric cars. Now our network has moved successfully to the private sector we have also proven there is a sustainable commercial model.”

Campaigners want councils to offer more support, such as allowing electric cars to use bus lanes.

The analysis also found that fewer than a fifth of chargers were rapids, which charge electric cars in only 20 to 30 minutes. Powering a car from a wall socket takes an average of six to eight hours. Experts say that rapids encourage people to adopt electric cars because they allow motorists to drive long distances with confidence.

Despite this more than a quarter of council areas do not have a single rapid charger, rising to half in London. Cumbria has the highest proportion of rapids at 48 per cent. Herefordshire does not have a single one.

A report by MPs this month said the failure to invest in rapids was slowing the uptake of electric cars and meant ministers would miss green targets.

Councils say that the issue is funding and that money spent on chargers could be better spent on social care or other services.