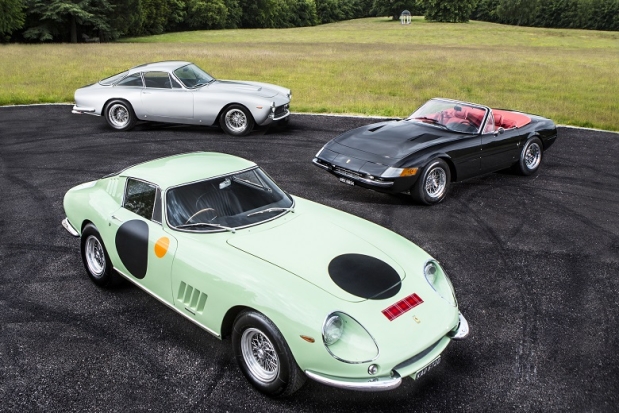 As fears over China’s slowing economy wiped hundreds of billions off stock markets around the world on “Black Monday” yesterday many ashen-faced investors will have been wishing that they had chosen another home for their money.

Others, having extracted their cash, will be considering where on earth to put it. Given the predictions that this crisis may have further nasty surprises in store is it time to look at unorthodox alternatives such as luxury goods, art, jewellery and fine wine?

For those that do, one area of investment in this category has roared ahead of other asset classes over the past decade, beating even art’s rise of 252 per cent. In its Luxury Investment Index Knight Frank notes that classic car values have gone up by 487 per cent in this period, and by 16 per cent last year alone. Sales at the main auction houses generated a total of £780 million last year, according to the Classic Car Auction Yearbook, nearly doubling in 12 months.

One significant contribution to that total was a 1962 Ferrari 250 GTO Berlinetta that sold for almost £23 million at Bonhams auction house, smashing the world record for a classic car. Two weeks ago a private collection “of the greatest and most iconic European modern supercars” broke another record, fetching £42.5 million at the RM Sotheby’s auction in California. The 25 cars included Lamborghinis, Ferraris, Porches, Bugattis, and other supercars. The sale beat the previous record for a private collection, set in March when Sotheby’s sold a collection of American classics for £34.2 million.

Cars from the Fifties and Sixties are among the most sought after, with Ferrari, Porsche, Mercedes-Benz and Jaguar particularly in demand. Investors don’t have to have millions to spend however, and healthy returns can be made at the lower end of the market.

The asset class also has a tax advantage over shares because classic cars are considered to be “depreciating assets” by HMRC even if they rise substantially in value.

However, there are additional costs above and beyond the vehicle purchase that are important to bear in mind with classic car ownership. These include transaction costs, storage, maintenance and insurance.

For those not put off by this, a significant sale will take place next month in which investors will have the chance to buy classic cars from the collection of Chris Evans, the DJ and television presenter due to replace Jeremy Clarkson at the helm of the BBC’s Top Gear programme.

The collection is estimated to be worth a total of £11 million. He will auction the cars at Bonhams’ Goodwood Revival sale in West Sussex, including a replica of the vehicle featured in the film Chitty Chitty Bang Bang, estimated to fetch between £250,000 and £350,000.

Sholto Gilbertson, Bonhams’ director of motor cars, says: “Chris Evans is offering 13 incredible motor cars, including 6 outstanding Ferraris. In refreshing his collection, others will have the opportunity to enjoy Chris’ fantastic cars. You never ‘own’ a classic car, you enjoy it, look after it, and pass it on for others to appreciate.”

Of course it could also be said that you never really own shares and they will also eventually be passed on to others. But you’re unlikely to “enjoy” them. They’re far less fun to have in your portfolio than a car, and as the events of this week demonstrate, sometimes more prone to crashing.