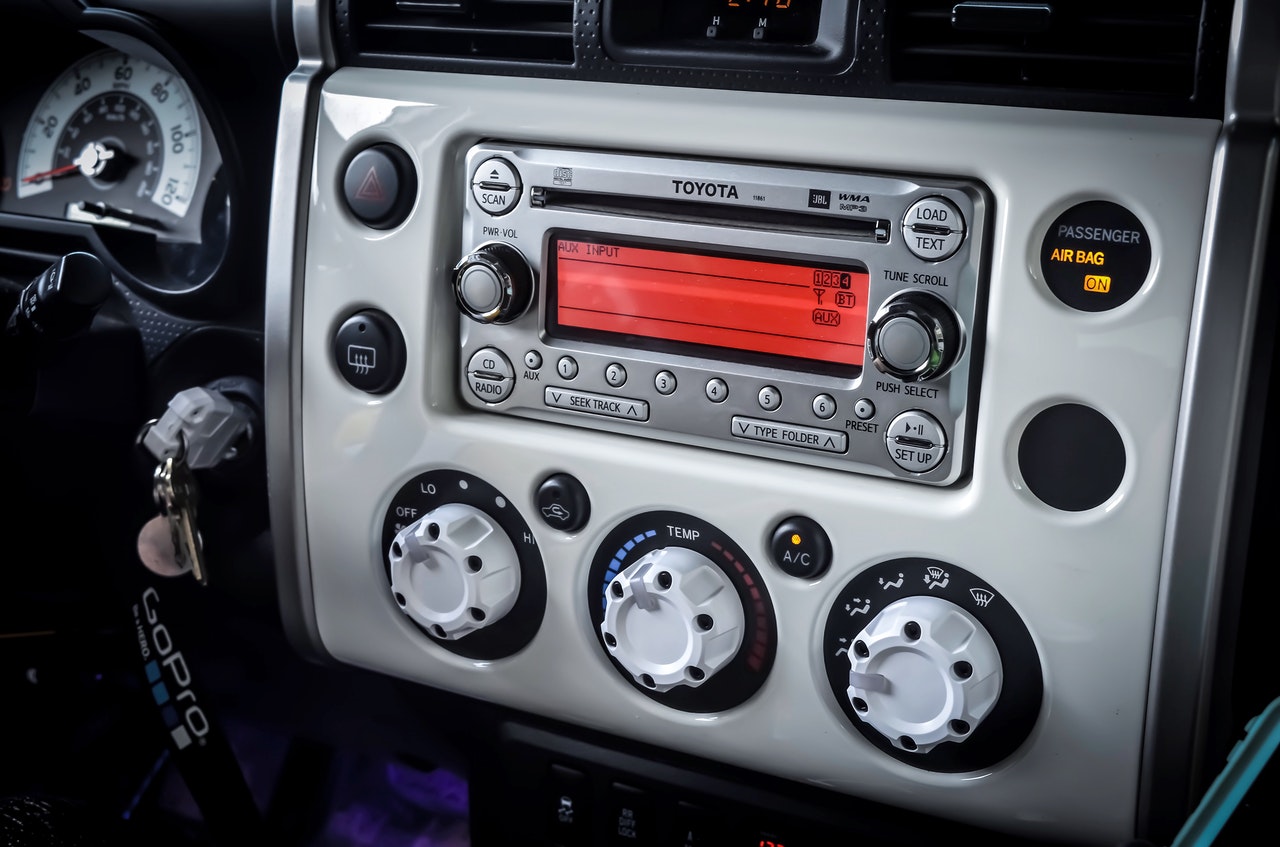 Many people talk about the different sound systems you can get for your car, however, they use the expressions car radio and car stereo interchangeably. This leads to much confusion and can sometimes end up with someone buying the wrong thing or getting the wrong kind of car stereo installation.

Well certainly if you are thinking about buying one, you want to know what you are spending your hard-earned cash on. Therefore, we are going to walk you through what each one is and what they both include.

What Is A Car Stereo?

You may have heard someone use the words car stereo and then 2 minutes later they call it a sound system. This is because they are in fact, in modern times, often the same thing. The car stereo is the entire sound system that operates within your car.

However, there is some confusion due to the origin of the word. Stereo comes from stereophonic which refers to receiving sound from two channels. So originally a stereo system was the radio but over time the meaning has come to take on a new understanding.

So when you talk about getting a car stereo this usually includes the head unit as well as the speakers and amplifiers or any other audio additions. Overall, this is your entire sound system. Though it must be noted that it is always a good idea to double-check with the seller that this is what they mean.

What Is Car Radio?

Car radios essentially include only two main components. Tuners and receivers. However, some radios can also include a cd player, USB port, Bluetooth capabilities, and auxiliary cables. The portion that the word “radio” really focuses on however is its ability to receive and tune various AM/FM radio stations.

So if you are searching for a car radio it will be primarily with this function in mind despite some models including various other capabilities.

Why It Is Important To Know The Difference

To avoid these confusions you need to understand what each of them means and that at times the seller may be referring to the same thing. Therefore, despite your newly acquired knowledge, it is always a good idea to make sure that you ask them specifics of what they include and what they themselves mean by these wordings.