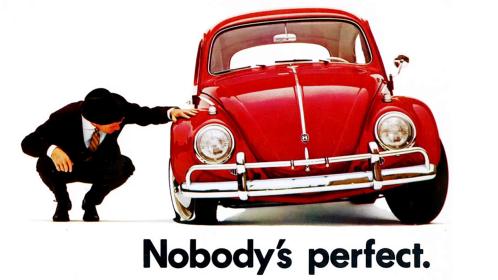 The Volkswagen scandal might have put investors off motoring for life, but there is money to be made from firms travelling in a greener direction.

Please don’t send for the men in white coats yet, but I think I might be going bonkers. One definition of madness is doing the same thing again and expecting a different outcome. So readers who remember how much I lost on Volkswagen shares last year may well think I am mad to have bought into another German car maker.

Hold on, put that phone down and wait a moment — I can explain! One of the fundamental aims of long-term investors is to gain a share in the future or ownership rights in wealth-creation that has yet to occur. For example, I expect the transition from cars that burn fossil fuels to those powered by electric motors will be one of the biggest economic changes during the rest of my lifetime.

That’s why — as reported here in May — I have a small stake in Tesla, the American electric cars company, and have now bought a rather bigger one in Daimler, the maker of Mercedes-Benz.

Tesla is a bit of a one-trick pony that, depending on how technology develops, may soar into the sky or blow up on the launchpad, as one of its sister companies — SpaceX — demonstrated to dramatic effect last month. A SpaceX rocket that was due to take a satellite into space exploded before lift-off.

Mercedes, by contrast, is a well-established brand that has been making cars since 1886. I should add that I invested last month on hopes we would see tangible progress with electric cars at last week’s Paris Motor Show. Sure enough, Mercedes made “electric mobility” its theme this year, with cleaner and greener versions of its smart cars and sports utility vehicles. It also announced a joint venture with Audi and BMW to develop self-driving cars — another imminent game-changer. This goes to show it can pay to keep an eye on the trade press.

Most important for investors, this blue-chip looks like a low-priced high-yielding share with potential for growth. I paid €63 (about £55), well off its annual high of more than €85, which priced the company at just over eight times corporate earnings. That’s half the average price/earnings ratio of British blue-chips in the FTSE 100 index.

Daimler is paying dividends of 5.25%, which is a substantial comfort while we wait to see what the future holds. It’s only fair to point out that similar reasoning led me into VW a few years ago, and the diesel emissions scandal destroyed nearly 1% of my “forever fund”.

This may also explain why Daimler looks so cheap. There were rumours a few months ago that VW might not be the only German motor manufacturer to have deceived emission control regulators. No firm evidence for that has been found but — not least because it is difficult to disprove this kind of negative — a dirty cloud of doubt continues to hang over that country’s car makers.

More specifically, memories still endure of Daimler’s disastrous takeover of the ailing American giant Chrysler, long after that deal was done in 1998 and unravelled a decade later.

Turning from past to future fears, there is also the worry that global trade might be hit by protectionist tariffs — and continental car makers could be among the biggest casualties if America elects Donald Trump president on November 8, or if Brexit talks turn sour.

Against all that, I hope Daimler’s more expensive cars continue to sell well to customers in emerging markets keen to show off their newfound wealth. By contrast, cheaper producers in Japan and Korea might suffer more if America and/or Europe spark a global bout of protectionism.

Regular readers will know I do not believe anyone can be confident about the outcome of such macroeconomic and geopolitical conundrums. Suffice to say that if Trump triumphs or Brexit bombs, stock markets may prove to be the least of our worries and my VW car crash could seem positively trivial.

Even so, VW did illustrate the importance of diversification, which is why I have invested just under 2% of my fund in Daimler. I should also admit that I know next to nothing about cars, never having held a driving licence (yes, really). I have been based in London all my life and student scrapes with motorbikes suggested I might live longer as a pedestrian.

The transition to cars powered by electric motors will be one of the biggest economic changes of my lifetimeIan Cowie, Personal Account

There may also be an element of wishful thinking in my backing electric motors, because every day, like everyone else in the capital, I experience pollution caused by the infernal combustion engine.

On that point, it seemed significant to me that one of the very first things Sadiq Khan did when he was elected mayor of London was to promise to improve air quality.

Whether or not we believe the estimate, in a report by the Royal College of Physicians and the Royal College of Paediatrics and Child Health, that 40,000 people a year die in the UK because of air pollution — a quarter of them in London — I wouldn’t be surprised if conventional cars were banned from some inner-city areas before I draw my last breath.

But where did the money for my latest punt come from? I am almost ashamed to admit that I had a crisis of conscience on BAE Systems after reading about the carnage in Syria and Yemen. I always used to say that I did not mind investing in Britain’s biggest manufacturing company because the weapons it makes only kill Her Majesty’s enemies.

Now that view seems trite and wrong. Sadly, it seems that some of the countries buying arms from BAE may be less scrupulous than our own armed forces — such as Saudi Arabia, according to a report last month by MPs. So, despite this being one of my top 10 shareholdings by value, I sold the lot near a 10-year high at 532p. While it is never too soon to take a profit — I began buying five years ago around 300p — perhaps this midlife crisis is another sign that I am going soft in the head and might be losing my marbles.