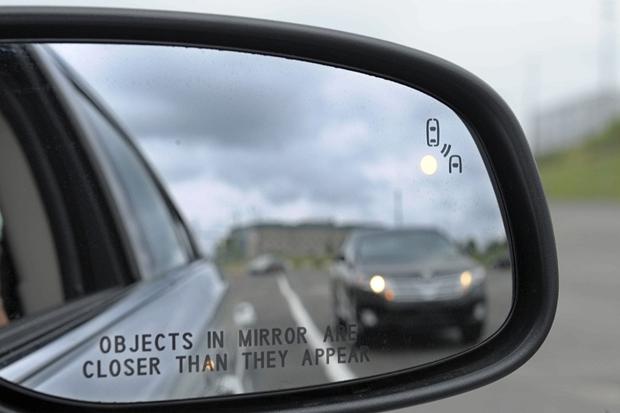 The prospect of driverless cars has moved a step closer after the US Government called for the introduction of technology enabling vehicles to communicate with each other to avoid accidents.

Equipping cars to anticipate crashes has “game-changing potential” to reduce death and injury tolls on the nation’s roads, officials said. According to a government assessment, technology allowing cars to exchange data such as speed and position could prevent up to 80 per cent of accidents not involving drunken drivers or mechanical failure.

“By helping drivers avoid crashes, this technology will play a key role in improving the way people get where they need to go while ensuring that the US remains the leader in the global automotive industry.”

The “connected vehicle technology” works by using a radio signal to relay a car’s position, direction and speed to other vehicles, enabling drivers — or the vehicles themselves — to react to hazards even before a sensor is able to detect them.

Drivers would be alerted to dangers even if the other vehicle was hidden behind a corner or about to drive through a red traffic light. Alerts could take the form of a flashing message, an audible warning or a driver’s seat that shudders, with a further option of the vehicle automatically braking to avoid a crash.

The technology works from a distance of about 300 metres. In addition, traffic lights and other roadside installations could be equipped to communicate with cars, sending warnings of gridlock or hazards in time for drivers to take detours.

The Obama Administration’s backing of the technology marks a milestone on the journey into a future in which cars drive themselves on the country’s roads. Although pilot projects testing driverless technology are under way in California, Nevada and Florida, gaining the federal stamp of approval has been seen as a major obstacle.

Now, though, the Government is calling for the vehicle-to-vehicle system to be combined with other features that are seen as the basis for self-driving cars. Companies such as Audi, Ford and BMW have been vying in recent months to test and perfect prototypes that use sensors and radar to prevent accidents.

Mr Foxx said that he hoped to have a proposal requiring vehicles to install the technology in place before President Obama leaves office in January 2017.

“It will change driving as we know it,” Scott Belcher, head of the Intelligent Transportation Society of America, said. “Over time we’ll see a reduction in crashes. Automobile makers will rethink how they design cars because they will no longer be constructing cars to survive a crash but building them to avoid a crash.”

However, despite the Administration’s enthusiasm, obstacles remain, not least of which is the problem of securing the airwave bandwidth necessary to transmit the signals between cars. There are also concerns over security and privacy, although the Government insisted that the data shared between cars would not include personal details about the driver or vehicle.

Car manufacturers and members of the public will have the chance to voice their views after the National Highway Traffic Safety Administration, an agency of the Department of Transportation, completes its research report.

The agency has been conducting a pilot scheme with 3,000 “connected” cars in Michigan testing the reliability of the system.