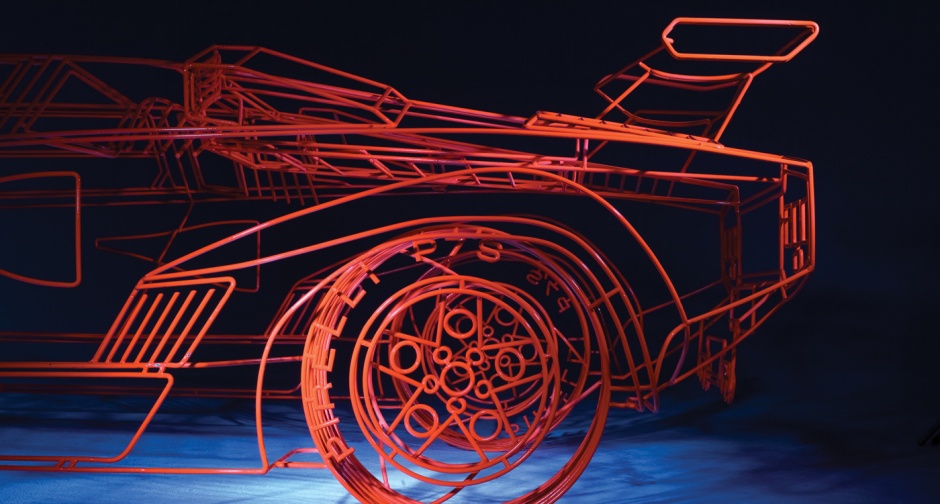 The model is 6ft wide, 14ft long and is made of steel rods a little thicker than a pencil.

Mr Radcliffe, 32, from East London, used 160ft of thick wire to create the life-size fluorescent orange model. He said: “The Lambo allowed me to use all the skills I have learnt from my previous work as an architect, fabricator and artist. It uses really complex curves and was a real labour of love.”

You can see through the model’s frame, which has incredible details such as front grills, ventilation ducts and spoiler. He even carefully bent the wire into complex curves and filed the excess to create the Pirelli branding on the tyres.

Mr Benedict took the car on a tour of London. During the tour, onlookers who were stunned by the illusion of a see-through car climbed inside and clambered over the bonnet as it sat “parked” at the side of the road.

He said: “It is an iconic car and people are intrigued by the idea of turning something so fast into a wireframe model that goes nowhere. When people saw it on the streets of London they jumped all over it and got inside. I was astonished because they would not treat a real car in that way. I would love a real Lambo but I’m not brash enough. They get a lot of attention when they are being driven around and I’m too shy for that.”

The real Lamborghini Countach was built from 1974 to 1989, with a modified version produced by the German company Koenig Specials.