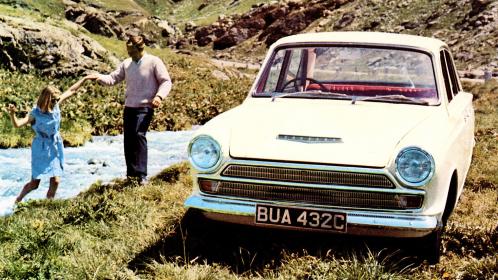 It’s rarely considered a golden age of motoring. The most popular cars of the 1960s and early 1970s were regularly caricatured as rather ugly brutes with poor handling, unreliable engines and rusty bodywork.

However, vehicles made more than 40 years ago are about to be reclassified as classic cars, under government plans to cut red tape and make it easier to keep them on the road. More than 300,000 cars such as the Morris Marina, Ford Cortina, Vauxhall Viva and Austin Allegro will be exempted from annual MoTs.

The change, to be introduced within the next two years, will change the cut-off point for compulsory MoTs: from cars built before 1960 to those manufactured before 1977.

It will recognise the fact that many cars built in the 1960s and 1970s are now considered collectors’ items and often maintained to a higher standard by enthusiasts than newer models, despite being driven far less often, the government said. The move, outlined by the Department for Transport (DfT), brings MoTs into line with the road tax system, with cars more than 40 years old already exempted from vehicle excise duty.

Philip Warner, co-founder of the Car and Classic website, said: “There’s nothing wrong with a nice old Ford Cortina or equivalent. They can be fun to drive and people like to see them on the road. But it is always sensible to get a second opinion from an MoT garage.”

The reforms were attacked as a retrograde step by motoring experts who warned that the move risked putting the public at risk. Quentin Willson, journalist and spokesman for FairFuelUK, said: “It is absolutely wrong and risks compromising road safety. Older cars should have a greater level of scrutiny than new cars.

“You’re talking here about cars like the Escort Mk1 and the Cortina. They were hardly at the zenith of rust proofing or technical efficiency and need constant maintenance. To think that we could see 1970s Fords, Vauxhalls or Hillmans taking to the road unsupervised really worries me.”

Under existing British and EU law, all vehicles manufactured before 1960 are exempted from compulsory annual roadworthiness testing. The EU had proposed cutting this threshold to just 30 years — all cars built prior to the mid-1980s — as part of a new directive being introduced by May 2018.

A consultation document published by the DfT yesterday rejected this but recommended the 40-years cut-off point. It said these vehicles would have to be certified to make sure they have not been “substantially changed”, which would invalidate MoT exemption. It moves them into the category of “vehicles of historical interest”.

It would lead to 331,000 cars registered between 1960 and 1977 being newly exempted from annual testing, unless they have been heavily modified.

Previously, older cars have been exempted from MoT-style checks as many are highly maintained but struggle to meet many demands of new tests.

The DfT denied it was a safety risk.

Latest figures show that registered vehicles between 40 and 56 years old were involved in 262 accidents that led to an injury in 2014. Of those, only around 2 per cent were down to technical problems.

According to the Honest John Classics website, the top-selling car of the 1970s was the Ford Cortina, followed by the Escort and Morris Marina.

Almost a decade ago, a 1965 Ford Cortina driven by Scottish motor racing legend Jim Clark was sold for £136,800 at auction. Classic cars, particularly Ferraris, have increased in value quicker than almost any other collectable item in recent years. The Classic Car Auction Yearbook says sales of vehicles from main auction houses reached $1.163 billion (£895 million) in 2014. It was up by almost 50 per cent in 12 months and an eight-fold rise on the $141 million total a decade earlier.