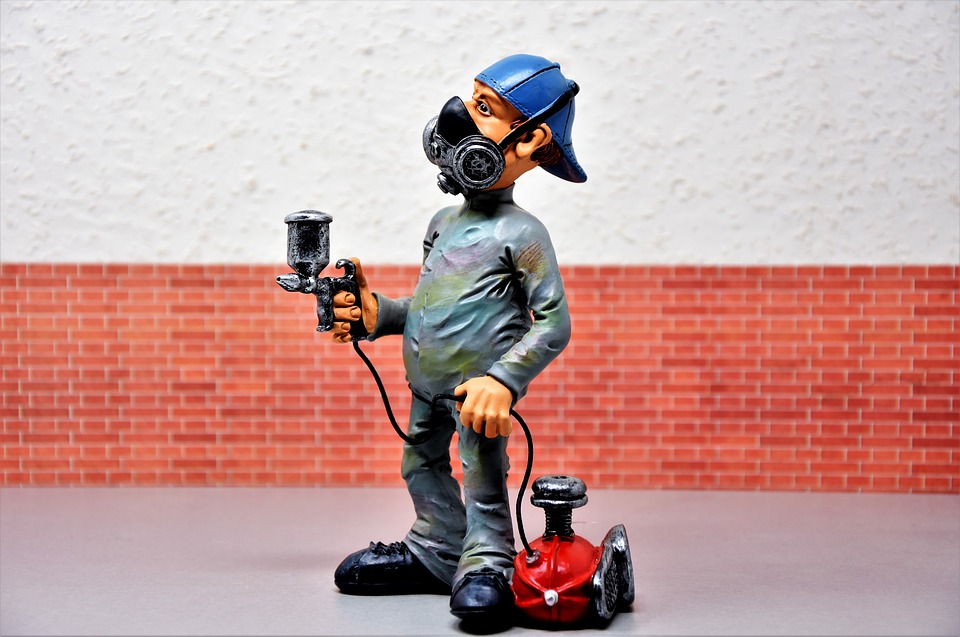 For the professional sprayer a good paint booth is essential and there are several different options available in the market. This article is designed to differentiate the three main types of drafted spray booths, along with the benefits and drawbacks. The ones we will be discussing are the Cross draft, downdraft and side downdraft varieties.

With a cross draft spray booth, air is brought through the front of the booth and exhausted out through the rear. Economically, this can be an attractive option, which is generally easier to install than other varieties and requires little or no concrete work. They can be fitted with an air make up unit, which can improve the quality of the finish, though an inherent problem caused by the flow of air, does mean that any overspray at the front of the booth does have the potential to land on whatever is at the end closest to where the air is being vented. Downdraft has the performance edge in providing a cleaner paint finish, in that such overspray is pulled downwards and away from the target.

Downdraft spray booths give the cleanest paint finish, and are regularly used by high end auto repair shops, who require the most perfect repair possible. It works by pulling air in through the ceiling and being exhausted out through the floor, into an exhaust chamber, which vents through the rear end of the booth. This is not a cheap option, as in addition to purchasing the booth, you are going to require a raised floor for the booth to sit upon, which will allow the air to vent away through. If you are building a purpose built facility from scratch and the raised floor is incorporated into the design, the cost of installation can be decreased. While perfect for cars, it does not make as much sense for larger objects, as the air being removed is dependent upon the length and width of the booth, which complicates positioning of the product to be sprayed, to reduce the amount of air being pulled from the building.

The Side Downdraft Spray Booth

As its name suggests, the side downdraft paint booth brings air in through the ceiling and directs it a downward direction, before extracting it through the lower sidewalls of the booth. Because air goes through the sides of the booth, it does not require the labour and expense of a raised floor, though it does require significant ductwork to channel the air, which can increase costs. The paint finish quality is essentially the same excellent standard of the downdraft, though it is possible that the draft created can carry any overspray paint back against the person painting. The side downdraft spray booth is an excellent choice for somewhere that requires a perfect finish, but where changes to the floor are undesirable, and also for smaller booths, which will only require two duct runs, such as a small to medium sized auto shop.

The size of your booth is going to be an important factor when making your selection, which should be discussed extensively with your spray paint booth supplier, whose factory standard sizes will always work out cheaper than custom designs.