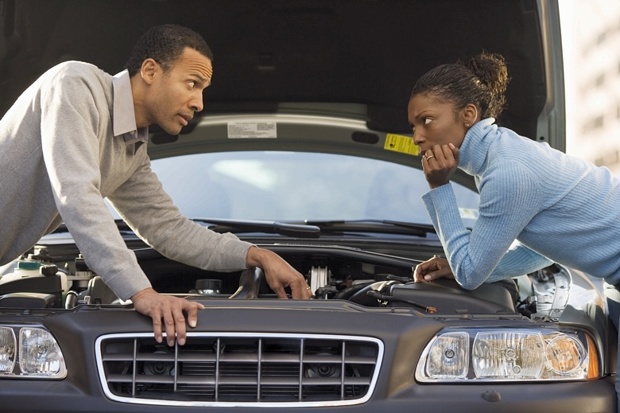 Women drivers whose cars need fixing are charged a “female premium” by sexist garage owners, being forced to pay an average of £45 more than men for the same repair work.

Researchers requested quotes to fix a basic fault — a malfunctioning clutch on a 2011 Ford Focus — from 182 garages across 10 British cities.

The study, using a sample of male and female drivers, found that only 6 per cent of independent garages gave the same quote to both men and women. The garages quoted men an average of £571, while women were given a price of £616, an unwarranted mark-up of 8 per cent.

A garage in Birmingham charged the highest “female premium”, with women charged £582 against just £445 for men.

Andrew Jervis, chief executive of ClickMechanic, the mobile car repair service that commissioned the survey, said: “For every female car-owner in the UK, this report will come as an unwelcome surprise.

“While the vast majority of mechanics strive to provide honest and reliable quotes, these results show a worrying minority of garages failing to do so.

“There is a desperate need across the industry for transparency and consistency in price in order to establish trust with consumers of both sexes.”

Only two cities bucked the trend by charging men more for a repair. Garages in Sheffield and Edinburgh quoted men 5 per cent and 19 per cent more than females, respectively.

A recent study by the Good Housekeeping Institute found that the majority of women believed car dealerships were not “female friendly” enough.

Some 25 per cent of those surveyed felt that the tone used by car salesmen was disrespectful and 49 per cent branded sales staff as patronising.

Steph Savill, managing director of the Foxy Lady Drivers Club, which offers motoring advice to women, said: “Too many car dealerships are marketing their services to men, forgetting that women are buying and selling a majority of cars today and have different needs and expectations.”

Max Vollenbroich, co-founder of CarSpring, an online car retailer, said: “Some years ago my mother got her car serviced at a garage and, only a week later, we found out that the car showed significant defects, such as rundown brakes and pads. Clearly, the garage took advantage of the fact my mother wasn’t a car specialist and charged her for a service that was never provided.”

The latest conclusions follow a study by the RAC that cast doubt over the honesty of many car retailers.

It said that 40 per cent of drivers found mechanical failures after picking up second-hand cars. Just over a quarter of them said that the dealer refused to address the problem properly.